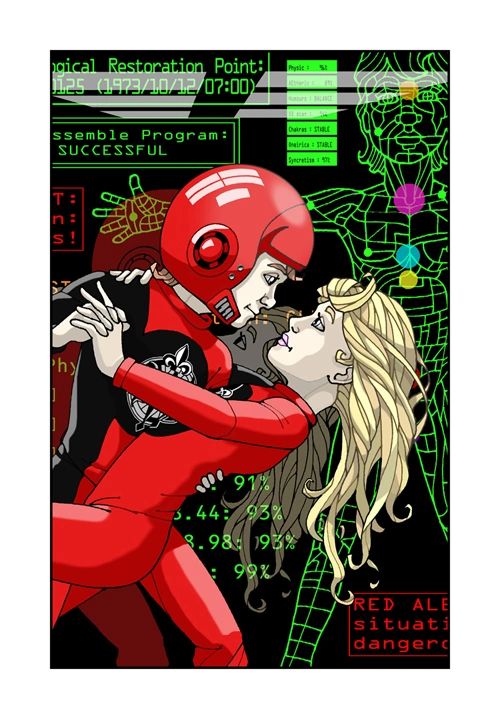 The dance has been fun, but it’s time for me to call it quits.


As a child, I was always known as “the guy who writes stories and draws pictures.” There seemed to be a destiny around it, as if a career of writing and illustrating books would just happen; that I would just fall into it. Of course, as I grew up and started to seriously pursue the profession, it turned out to be an enormous amount of hard work. There was no open spot for “world famous writer/illustrator” that was sitting there waiting for me to jump right in.

Even so, the hard work didn’t deter me. It just energized me to want to push harder. I was happy to do all the necessary work. Most of the time it was fun.

But all of that fun has been extinguished in recent years. As B.B. King would say, “The thrill is gone.”

This “collapse of the fun” has been a two part thing:

Firstly, there’s the fact that I simply don’t have the enthusiasm that I had when I was twenty… or thirty… or even forty. I have a very realistic attitude about this. I can casually say, “Oh, well. I ran out of time and the Big Break never happened. It happens to just about everybody, and now it’s happening to me.” I suppose I’m sad for all the stories that I’ve left untold (as most of you know, I have file drawers filled with outlines and rough drafts), but retiring is something everyone does eventually, so I just have to see it as a normal part of life.

One question I get asked a lot is “Will there ever be a Sebastian Reckless movie?” Well, I’ve spent the last ten years getting lied to and having my time wasted by the Worst Agent in Hollywood. She talks big, then does nothing… then forgets that she ever said anything in the first place. Know this: There are more idiots in Hollywood than there are perverts — and that’s saying a lot! And just like the perverts in Hollywood, the idiots are standing in your way, and you can’t get anywhere until you appease them. Of course, perverts will tell you what they want. (They’re usually disturbingly specific.) Idiots are harder to work with. They don’t know what they want, so they just ramble meaninglessly and waste your time.

I suppose there’s a third part, too: Being an independent writer can get expensive, and I just can’t justify spending the money anymore.

For all those hopeful writers out there, here’s the cold, honest truth:

A few million people out there have the exact same dream you do.

So… do you still want to write? Do you get joy from the art of writing? If so, then, by all means, write! But you can’t make “rich and famous” your goal. You have to just love writing. And then one day, like me, you’ll find that you’re old and it’s time to step aside and let the next generation take a shot at it.

Therefore, it’s now your turn. I hope you learned something from me, and you put that into your writing as you march out there into the world to take your shot.

I got to experience the awesome feeling of hearing that I had inspired others to write. Maybe one of those people will become the successful writer that I never managed to become. In which case, I’m in the mix there somewhere.

In closing, I’d like to thank all the teachers who helped me along the way. They do a very difficult job and never get enough recognition. The help that they gave me was astounding and non-stop! They were good enough to realize that it’s writing talent that makes someone a writer, not a multi-million-dollar contract with some creepy, evil corporation. Therefore, they treated me with as much respect as they would have shown to a “big,” “important” author.

Of course, I’d like to thank all the fans who dove into the absurd adventures of Sebastian Reckless and The Fearless Force with such enthusiasm. Having such great fans made the whole thing worthwhile!

I’m still available to volunteer at schools, if any teachers still want me to lead writing projects with their classes. Even though I won’t be actively writing anymore, I still have plenty of knowledge that I’m happy to pass along to the next crop of hopeful storytellers.

If any of you, whether teachers or students, have any questions about writing, don’t hesitate to email me. I may not be writing anymore, but I can still share my knowledge. My personal email is oderian@aol.com. (This web-site will be taken down eventually, so all of its email addresses will be wiped out along with it.)

Thanks for all the years of making my adventures fun, and good luck with your endeavors!

For those wondering what I've been up to recently (as I've had a lot of requests for a new book release), here's the score: I've taken time off from writing books to work with my old script-writing partner Greg Gamble. It's always a blast, because the dude's kind of a genius y'know, and we've been working together for so long that it always feels like we're back in high school.

We've concocted a whole heap of scripts for a new TV series idea (no, I'm not telling what it is) and we're in the process of trying to sell it.

There's also a strong possibility that I'll be putting on one of my plays later this year here in Tacoma, so if you're in the area do come and see it!

You might have noticed that I deleted the Rushton Howard page from facebook. Yeah, that was intentional. It wasn't forwarding things to my email anymore (for some reason), so people were asking me questions there and I wasn't responding because I didn't know anything had been posted. And I was just not into it, checking it, updating it, and all that.

I'm more than happy to engage with fans, parents of fans, teachers, fellow writers, stalkers, enemies, trolls, imaginary people, A.I. bots posing as humans, alien beings, mind control handlers, etc. So feel free to drop me a line through this website, or by my other email: sargassoray@aol.com.

I do have a "normal" facebook presence under the name Lee Rushton Howard, but nothing much happens there. I don't post anything. I just have it because my wife wants me to have it, in case friends of ours post things.

I'm just not much into the whole social media thing.

And that Zuckerberg guy creeps me out.

It's been a rough couple of years for my kind!

Now I hear of the passing of yet another great bass player and vocalist: John Wetton!

These are the giants and geniuses of my youth!

If you're too young to know these names, it's time for a much-needed history lesson! Go to youtube and check out...

"Heart of the Sunrise" or "Starship Trooper" by Yes.

And for a taste of some John Wetton, look for "Starless" by King Crimson or "Wildest Dreams" by Asia.

Let's hope my other heroes can stay healthy for a little while!

Rushton has written a novel for grown-ups this time!  (Imagine that!  And you were alive to witness the event!)  So if you're looking for a gift for mom or dad, grandma or grandpa, your aunt or your uncle, or even that strange man who hides under your house, then here you go!  Get one of these today! 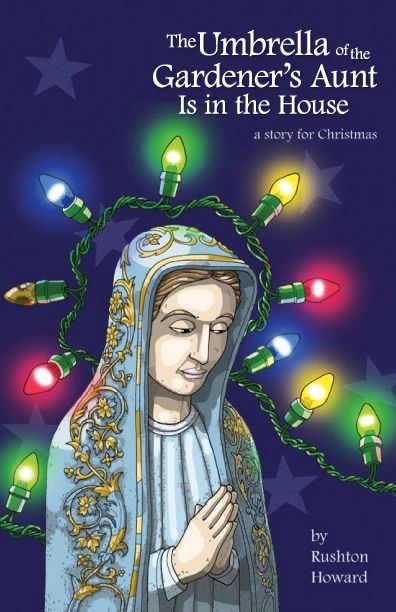 The Umbrella of the Gardener's Aunt Is in the House

A tiny Montana town finds itself in a dustup as their traditional Nativity in the park comes under fire.  Into the fray steps a returning native son: world-renowned avant-garde sculptor R. Conrad Hughes — hired to create the abstract art that will replace the antique manger scene.  Is his old high school crush “Miss Heaven” the powerful secret weapon that can alter his course… or is there a different, twisted, vengeful, and far more sinister plan brewing?  A collection of shocking email attachments brings a mind-boggling revelation, while a truck rolls into town with a ghastly cargo!  Soon the scandal-hungry national news media are rocketing in with more than enough matches needed to ignite this leaky can of cultural gasoline.

It's funny, it's romantic, it's uplifting... and it's just 12 bucks (plus shipping and whatnot) at the Abdiel Productions shop!

Click here to read a sample chapter!  (It's big and wordy, so get a cup o' tea, and make yourself comfy.)

We're SOLD OUT of both Sebastian Reckless (Book 1) and The Fearless Force.

If you think that's a horrible situation, and you think someone needs to print up more copies, then, for gosh sakes, buy Rushton's new Christmas book, The Umbrella of the Gardener's Aunt Is in the House!

Rushton says he's not going to print up any new stock of SR or FF if people don't buy his new book!  "That's right!  SR and FF are being held hostage until you get your parents to buy 'The Umbrella of the Gardener's Aunt!'  So there!"

BTW: You can probably still get used copies of out-of-print books at amazon.com.

Who we are: ABDIEL Productions is a company based in Tacoma, WA, and dedicated to one purpose: the manufacturing and promotion of works by Rushton Howard.  That is one purpose, right?  Well, perhaps it's two purposes.  Whatever!